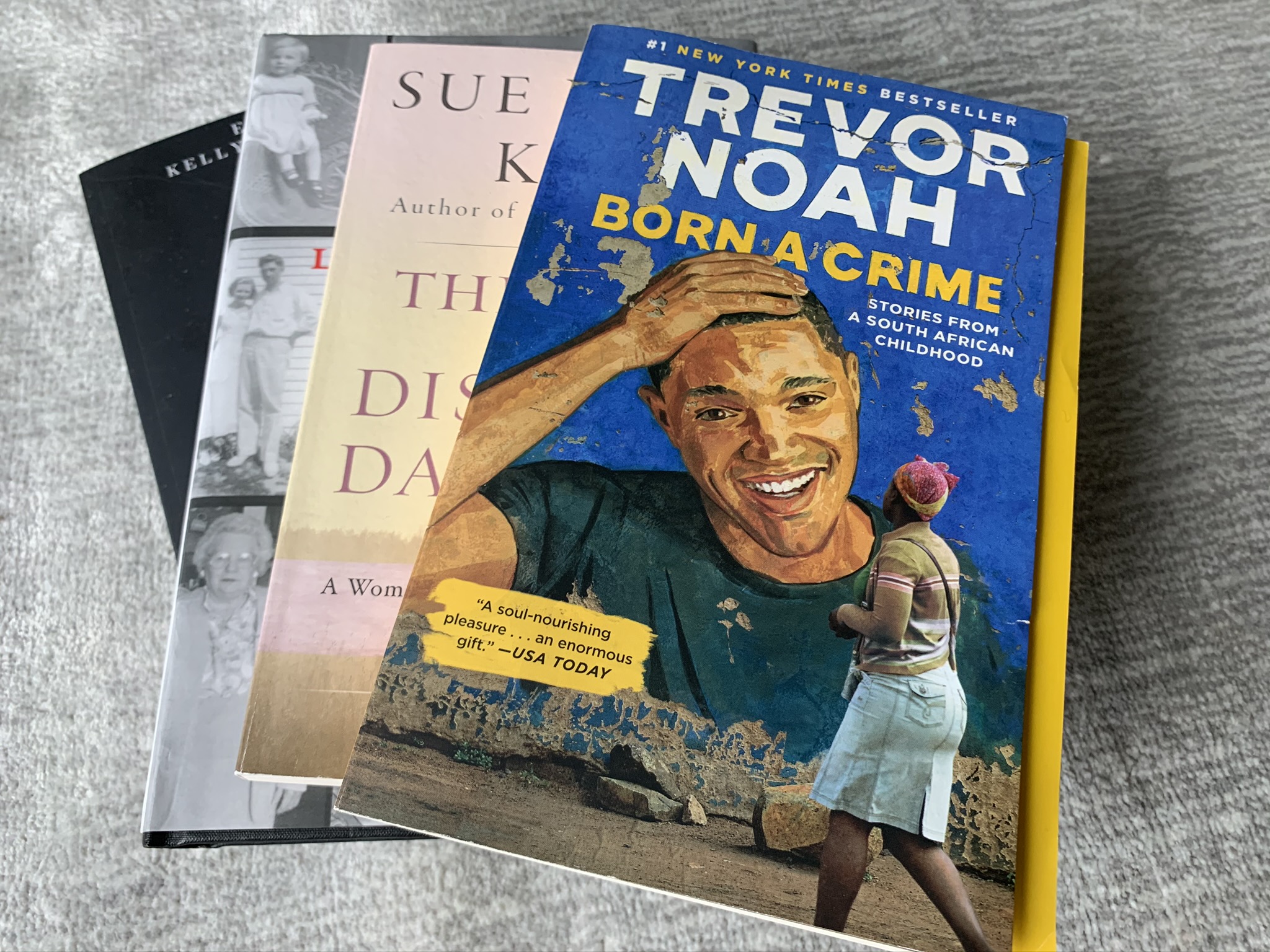 How to choose a publisher for your memoir

My daughter was walking her dog when her three year old neighbor called from his window to inform her that they were under “cor da teen.”  What a world we live in when children that young know about quarantine, viruses, murders, terrorism, school shootings, and a host of other things we didn’t know about until much later.

I wonder how parents explain these situations to young kids when even we adults are struggling with their implications.  I hear from millennials that they are thinking whether they want to bring children into today’s world.  Sadly, I get it.

The entire world has been brought to its knees by a tiny organism – Covid 19 – and no one is safe from it.  The rich can’t buy a cure because there isn’t one.  As always, the poor have no hope.  Governments are urging people to stay home; but what about the homeless? In many underdeveloped countries, the streets are home to millions.  Where do they go?  No one seems to have an answer, much less considered the plight of these routinely forgotten people.

Those who have the money are hoarding everything from food to toilet paper.  Those who don’t care about other lives are congregating on beaches and in parks.  This is the first time in living history where one’s actions affect others’ lives.

The Givers and Takers

I’m reminded of what a friend told me long ago; the world is made up of givers and takers.  These are times when our true nature is revealed.  The givers are donating to the food bank, to hospitals for daily meals for healthcare workers and much-needed business for local restaurants, making cloth masks for hospitals and nursing homes in short supply of personal protective gear, and volunteering to drive for meals on wheels to help the growing number of seniors who are homebound and don’t have access to food.

The takers are price gouging on necessities like sanitizer, medical supplies, and food staples.  Then there are the ones who just take care of their own without a thought for anyone else.

Where do you stand?  A crisis is what defines you as a person.  No matter what you think, what you feel; this is the time for action.  Give, like your life depends on it.  It does!

Since everyone is homebound, we are spending more time with family.  Are we taking the time to make the most of it?  To bond with our children who we’re normally just shuttling around to school, sports, music, etc.  Enjoy this gift of time.

Play with and read to the little ones; discuss and get to know the older ones.  If you’re alone like me, it’s a time to reflect and ponder where you are in life and what the future may hold however uncertain it is right now.  Pick up the phone and call someone you haven’t talked to in a long time.  Reconnect with old friends.  Make up with family members you don’t even remember why you stopped talking to.

Check on older friends and neighbors; bring them food and supplies.  This is the time for the entire world to show their humanity because each and every one of us is affected by this.  Tell those you love that you love and cherish them.  Don’t wait for later; there may not be a later.

This is also a time to stay physically and mentally fit.  Go for a walk if you can.  Yoga and meditation is great to keep you grounded and calm.  Read a book and escape to a better place and time.  Watch TV but don’t be a couch potato.  Don’t watch the news 24/7.  Reliable sources a couple of times a day is adequate.  Cook and eat healthy meals.  Share recipes with friends and family.

Journaling and writing a good outlets for your thoughts and feelings.  Keep the faith.  Keep your spirits up.  There’s a light at the end of the tunnel.  This will pass.

What has the pandemic showed you about yourself and others?

As the first scenes started emerging, I could only think of my week in Vietnam, interviewing the WHO conference attendees and taking my hidden camera into the rural wet markets explaining and exposing how a pandemic was building its army in Asia and would one day,awake. That was Feb of 2005.

The sick then were experiencing the same respiratory symptoms
of aching collapsed lungs that feel like holding your breath and swimming under water, for days. Governments didn’t listen, we all didn’t prepare, and now 151 countries , the entire world, will pay for that oversight. But ….
——————————-
And when the wave came, many falsely and selfishly believed they were too rich, too privileged or too youthful, to take safeguards.
They spat at the rules. The humans threw footballs, and walk hand in hand, and flaunt the invisible force by sharing cigarettes to the rolling TV cameras as they toasted Spring Break.
Ageism in its most vicious state, roared through the people, raising their middle finger at their parents, their grandparents, the poor, the sick, the crippled, the expendable. One of the humans tweeted hashtag Boomer Remover so great was their hate.
But soon everyone was in this game. Babies, their mothers, teenagers and the middle aged. Healthy people started getting sick. Healthy people started dying. Some came home, with a fever, and died in the night.
As the COVID corpses started filling the same buildings the humans use to cheer and wave in, the invisible scythe smiled.
The Dr.s started crying, begging for more supplies as they choose who will live and who will die, day after day after day.
And their President fumed as the stock market clearly saw the black swan floating closer. Other world leaders raised their amulets in white linen bags to the sky telling their people they are protected, and the Pope with one lung, prayed alone.
Each day dire death tolls kept rising, first thousands , then tens of thousands, then hundreds of thousands. The humans had trouble comprehending the math but their hearts broke as their parents slipped away, alone.
A generation of wisdom keepers evaporated. Their stories never to be told again in that familiar voice rocking a child on their knee or in the shed, fixing a flat tire on a bicycle, just before dinner.
The knowledge chain was broken.
The survivors would have to start again. The world would need to turn off, and then turn back on. But it was painful.
The drowned economy and world collapse followed the human’s children, their entire life. Many never worked again but the few that had a job, stopped complaining about it. The people were permanently altered, like the children before, who hid in bomb shelters even on their birthdays. Those who lived on made smarter decisions and no longer trusted those with amulets and fake news. But it was hard, and the sacrifices were great. But they began to live, for something better.
The older healthy humans who didn’t die, payed a price too. Their nest eggs scrimped and saved for a lifetime, evaporated and the government had nothing left to help them.
Yet, this was the hard lesson humans could have never learned any other way. The dark path home, had been lit.
The humans who had left before dawn, and returned at night, felt comfortable working from their kitchens and beds, and stopped wasting their life in traffic.
The humans found eating together, as family, comforting once again. They played games, and watched TV and baked bread.
They re-learned to rest and read. They stopped driving their cars, and walked their neighbourhood, without buying anything.
The people remembered how much they missed the sound of birds, and the dark starry nights. They planted gardens and tasted real food. They watched fish return from the seas, and skies brighten. The earth began to heal as the people dug in the dirt and watched their plants grow. The sound of stillness was no longer terrifying. They invited their aging relatives to live with them, in small homes they built in the yard. Nursing homes closed, the humans never wanting the pain of losing everyone again and the elders responded in gratitude by taking care of their bodies, and remaining fit and strong.
These elders helped with business and family as was the case, a long time ago. They wrote their life stories and read them out loud so everyone would remember what happened and learn from these memories.  On Sundays communities came together and planned for the future and discussed the lessons learned, and Saturdays were days to play, and dance, not shop.
The people worked when they wanted and built things with their hands, and made art with their hearts. They trades skills and ideas. They bartered what they were best at, and found passion in their work. They stopped needing five coats and sixteen dresses and became happier with one. They built phones and fridges that would not break down, and everyone generated electricity for the grid.

They openly hugged their friends, even strangers, and sat close together, always. They held hands, and tried again.