WHEN IS A MEMOIR NOT (JUST) A MEMOIR?

Guided Memoir writing is a powerful way to write and preserve your life stories and simultaneously gain profound personal insight. It provides many benefits for individual growth and I’ve been facilitating memoir-writing workshops focusing on writing to preserve a legacy and writing to .

I’m the author of one full-length memoir and many short personal essays. People sometimes ask me why people write memoirs. What I usually tell them is that there are a multitude of reasons.

The memoirists whose writing I facilitate believe they have a story to tell and felt they were the only ones who could tell it. Others wanted to study or understand certain situations. Additional reasons to write a memoir include preserving a family’s legacy, learning more about one’s ancestors, a search for personal identity, gaining insight into the past, or healing from a traumatic experience.

My inspiration for writing my life story stemmed from my reflection about what had happened historically to my family as immigrants/indentured workers from India, and about the ghosts from my Indo Guyanese/Indo Caribbean past—particularly regarding my mother’s family’s loss of hard earned “wealth”, my late paternal grandmother’s alcoholism, and the secrets kept throughout my life. The fact that my great grandmother emigrated pregnant without a husband, subsequently had two children by two other fathers were secrets to never speak of. My cousin Gaiutra Bahadur wrote her own part memoir, part history book, Coolie Woman about our shared great-grandmother. Although my mother and aunts wanted her to share my great-grandmother’s story with the world, they did not want to speak of the continuing impact on her descendants. My current memoir is a way to gain insight into the past and my personal identity.

Writer Bahadur says in The Writer Magazine that her inspiration for writing Coolie Woman, stemmed from her immigration as a child and it was a way to try to make sense of that process of change. It was a way she brought order to the chaos of immigration. “To write it down. It has been my instinct from the beginning. You can call it a missionary impulse if you like.”

Writer André Aciman believes that people write memoirs because they want a second chance to create another version of their lives.

When you write a memoir, you are writing your version of what you think happened from your own perspective. Someone else might have another version, and years and years later your perception of an incident might eventually change.

Join us and begin your guided writing journey now.

Writing Through The Crisis-A Silver Lining

Just today I was talking to members of The Birren Center for Autobiographical Studies teaching group,  during a call to discuss helping homebound active seniors and others connect and find community through this crisis. Shortly after, New York Governor Andrew Cuomo was addressing New Yorkers and the nation on how to make use of the time and be supported. He suggested at 41:51 during his speech that writing your life story is a good thing to do while you have the advantage of time.

I have been teaching, writing and sharing my life stories through two hours of LIVE connection for a while now: Our virtual guided memoir/life story writings where anyone like you can write and talk about their journey was invaluable before the crisis and even more during this extraordinary time.

Immersing yourself in books? Movies? Writing? This is the time when writing and sharing our stories can lift us up from the struggles and anxieties. It’s also a special time to join in community where we find inspiration and meet and join hands and hearts.

Through Guided Memoirs, we have been offering programs about writing to heal, and inner listening and supporting you in your quest to have a voice, to draw upon your wisdom and persistence to write your stories.

We want to offer connection and inspiration during this challenging time, so we’re inviting you to join us for a Free guided 1 hour flash writing class or a free 4 Week Guided Memoir Workshop based on Guided Autobiography.

Visit this link to sign up and to learn more here.

Why Should I Write My Memoir or Life Story?

“I believe that the memoir is the novel of the 21st century; it’s an amazing form that we haven’t even begun to tap” said Susan Cheever.

Memoirs are not just for celebrities, they are for everyday people too. Sure Michelle Obama’s Becoming is inspiring and Dani Shapiro’s Inheritance reminds us that we have roots and a legacy that is more than our DNA. We can suddenly become Jewish or otherwise.

We all have untold stories and life lessons to share. Memoirs serve as inspiration to family members who will want to have copies. Our friends will learn about how and where we grew up. New generations will want to know their family roots. Adding up one’s life is a great experience.

Every life is unique, and there has never been another you. Sharing your story reminds you of many things in your life. Your life story includes the things you have lived through. Looking back at your life leads to good feelings about moving ahead.

There has never been another person like you. Many of us want to share our life stories but it can seem too burdensome. So we decide that perhaps talking about our life is enough. Now that we have unprecedented time on our hands, there is not a better time to do it.

Sharing your story with other people in a small group workshop leads to new friendships. Sign up now for a class in Guided Memoir. Sharpen your memories, get them organized, enjoy sharing your life story, and have your memoir to give to family and friends. 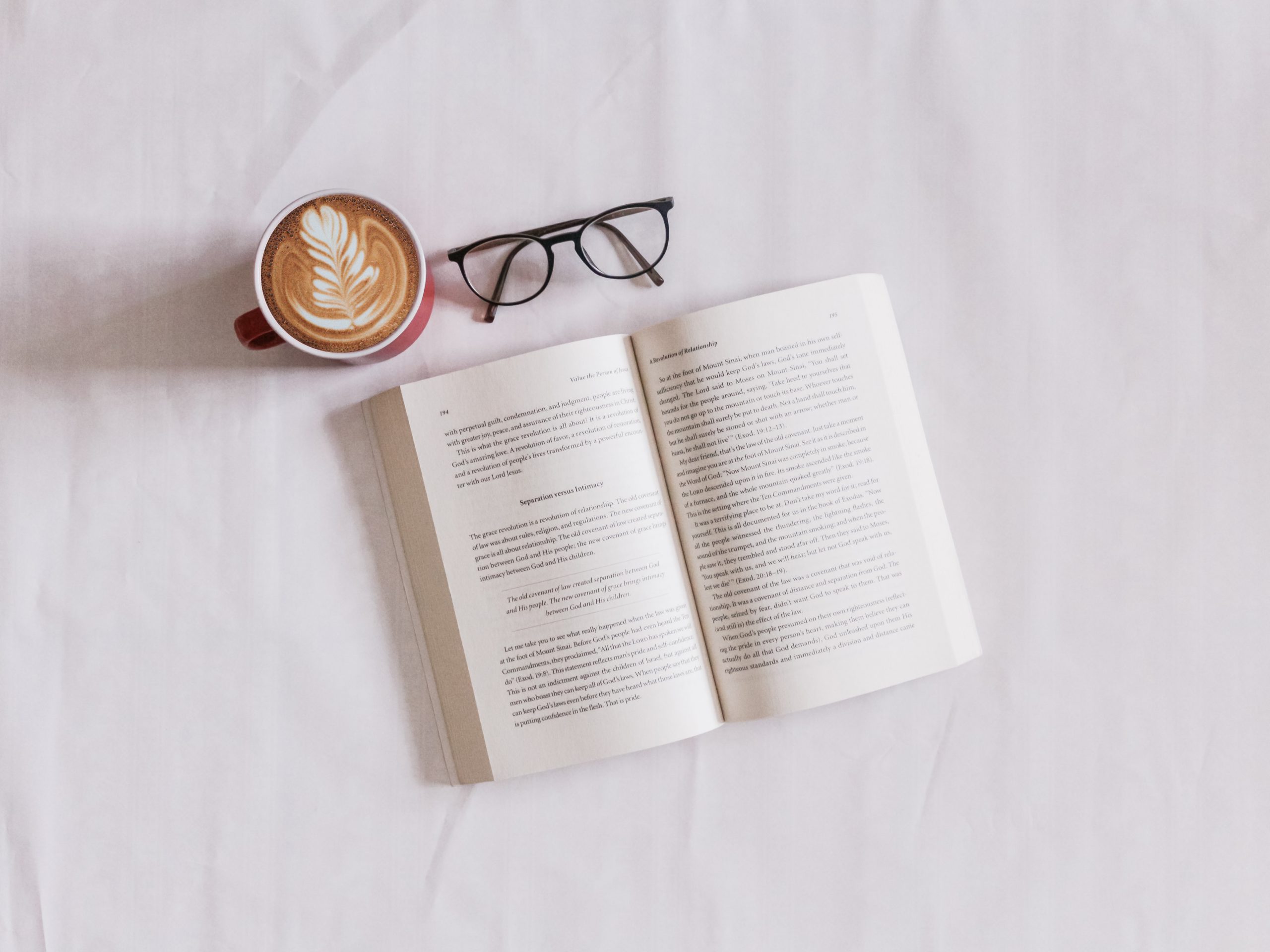 7 Great Reasons To Write Your Memoir

In this post, you will find seven great reasons to write a memoir.

Why write a memoir?

Writing your memoir helps you to identify the threads and themes in your life and make sense of what you’ve lived.

A Memoir isn’t a lengthy work recording the events of a lifetime from birth through current day; it’s a window into a room of your life.  Like a photograph, it’s one snapshot or a series of snapshots that form a composition. It’s a series of selective stories that one person writes about her life. These stories recount events as a chapter in a life such as a coming-of-age story, or as a theme across a lifetime such as a creative passion or a career. These stories are remembered and recorded as what the writer knows at that moment, and what a writer can glean from that moment.“Memoir is not the whole head of hair, but one or two strands of the hair,” Jean Little.

The most important reason to write a memoir:

There are many reasons for writing your life story, but the most compelling one is:

Other important reasons to write your memoir:

Tip: Don’t write a memoir to get revenge. The best revenge is to live a good life. Write it for yourself. Write it to be true and useful. If they learn something useful from your memoir, that is a bonus.

Writing a Memoir
-
by Lily
-
0 Comments
Next Posts I’m Lily, founder, CEO, writer, author, instructor, and personal cheerleader to help you write your memoir. I’m the person most passionate about helping you write your book and empowering your creative self!

Whether you have just an idea for a memoir or a full-fledged manuscript in hand, we can coach you right from your first contact with us to guiding you on publishing or self-publishing. I started my career as a Journalist, made a living as a CEO of a technology company and am now helping others explore their creative selves and bring their stories to life. On any given day, you can find me listening to other people's stories everywhere from the playground, to the football stadium (GO Ravens!), to the local craft distillery or attending, supporting or perusing the creative works of others through the Maryland State Arts Council.

About My Story Guide

Welcome to My Story Guide, the perfect place to write, share and preserve your memoir or life story.

Whether you come to us having never written a word before, or with a partially completed manuscript, we’re ready to guide you every step of the way.

My Story Guide offers services to meet you right where you are.  We help take the anxiety and hassle out of writing, sharing and preserving your stories.